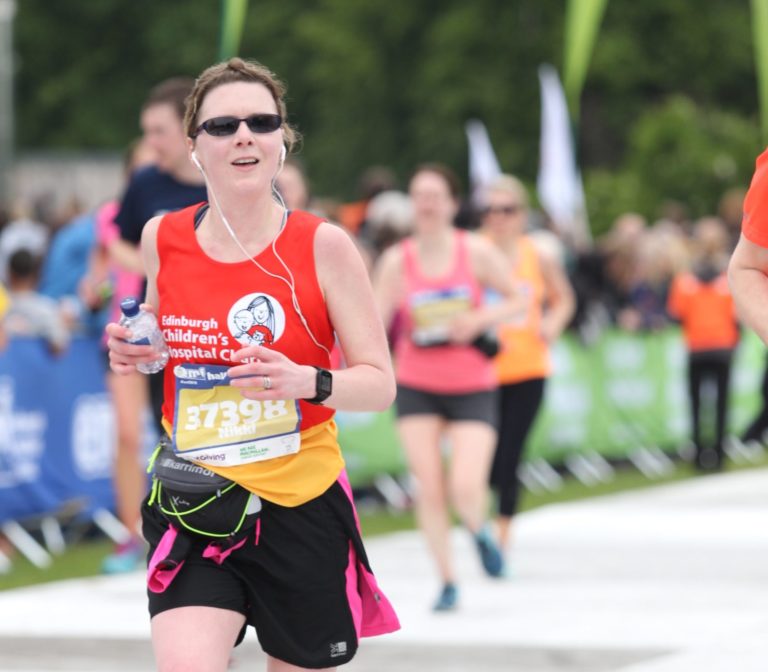 A Berwickshire Housing Association (BHA) employee who was told she may never be able to walk properly is running two half marathons to raise money for the Edinburgh Children’s Hospital.

BHA Housing Assistant Nikki Robertson was born with a medical condition called Hydrocephalus, which is caused by a build-up of fluid on the brain and can be fatal if left untreated.

Her parents were told that her quality of life could be severely impacted and it took two attempts until an operation to fit a ‘shunt’ was successful to drain excess fluid from her brain.

The 29-year-old from Ayton has defied the doctors’ predictions however, and has decided to take up the challenge of running two half marathons – the Edinburgh Half Marathon on Sunday, May 27, and the Simply Health Great North Run on Sunday, September 9.

And she is appealing for sponsors to help her raise money for a well-known but needy charity.

“I am taking up both challenges in aid of the Edinburgh Children’s Hospital Charity, or ‘Sick Kids’ as it is fondly known. Throughout my childhood I spent a considerable amount of time in Edinburgh at the hospital.

At birth I was diagnosed with a condition called Hydrocephalus which is a build-up of fluid on the brain. This excess fluid puts pressure on the brain which can damage it. The normal treatment is to be fitted with a ‘shunt’ which is a thin implanted tube which drains excess fluid into the abdomen and indeed that’s what I have.

My illness resulted in regular and emergency trips to the hospital and many overnight stays for me whilst receiving treatment.

Raising funds for the hospital allows such a great level of life saving care to be delivered to patients like me in my younger years and it really means a lot to me.”

If you would like to sponsor Nikki on her challenge please go to her charity page at: https://teamechc.everydayhero.com/uk/Nikkis-Two-half-marathons-for-the-Sick-Kids

Nikki added that it is important the hospital continues to receive funds from donations to allow all of the following to continue: