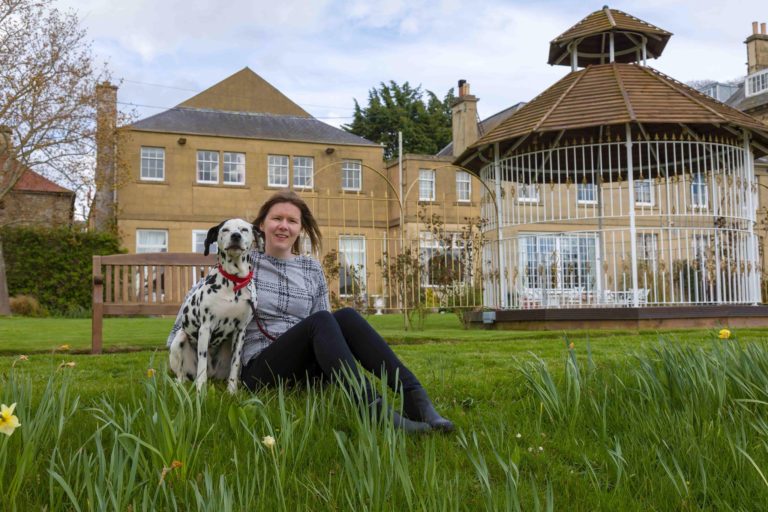 Investigating reports of noise nuisance from barking dogs, dealing with reports of dog fouling and helping tenants with pet welfare are all part of the job for Berwickshire Housing Association’s ‘Pet Champion’ Nikki Robertson.

The idea of having a ‘Pet Champion’ was the brainchild of BHA’s Innovation Project Team which is made up entirely of staff members. Housing Officer Nikki took on the role last year and reports that it has been a great success.

BHA have now committed to continuing the initiative following a positive response from tenants.

“It’s all about working with tenants to help them sustain their tenancies, reduce anti-social behaviour and, of course, looking out for the welfare of pets.

Our intervention can help avoid neighbour disputes, save staff time and result in less damage to homes. All this leads to happier tenants.

We deal with all pet-related complaints from our tenants as quick as we can and try to come to an amicable solution which suits tenants and their neighbours. It’s a case of being a mediator and trying to get people to think a little differently.

In one extreme case we had to rehome dogs with the Berwick Animal Rescue Kennels (BARK) as it was the best solution for both the dogs and the owners.”

BHA will continue to work closely with BARK and the People’s Dispensary for Sick Animals (PDSA) and any other agencies and promote neutering, chipping etc with key partners.