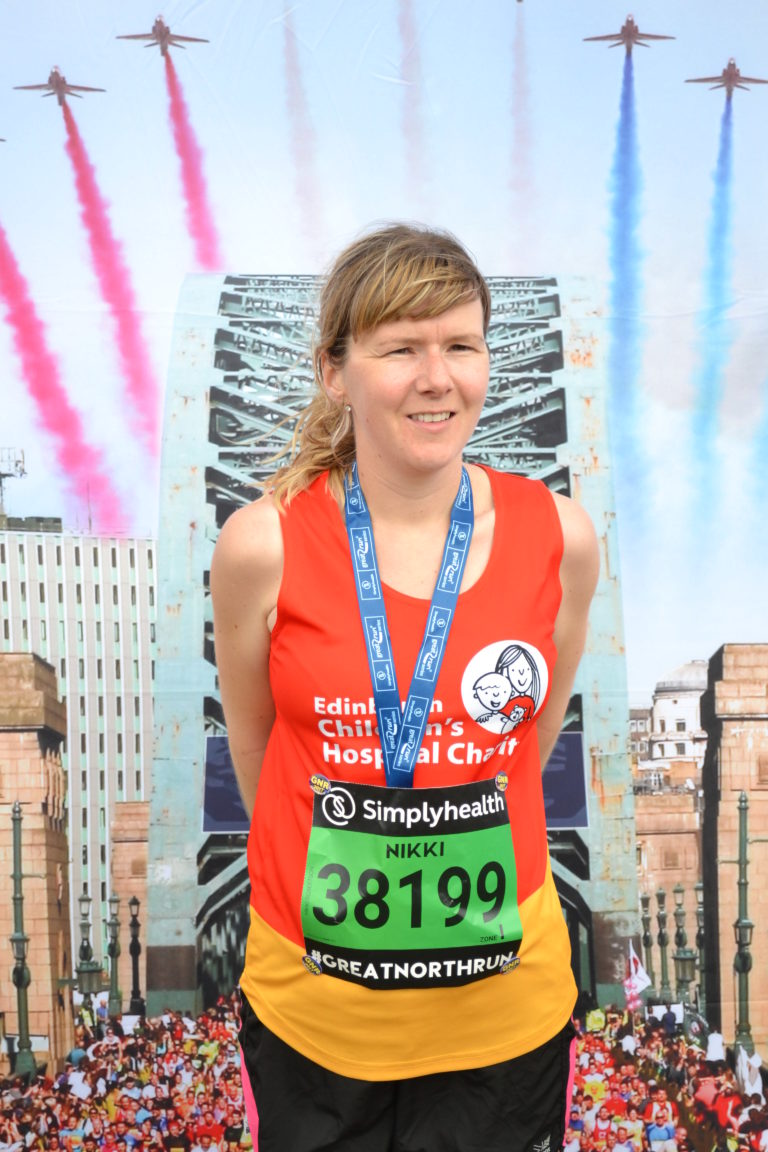 Ayton’s Nikki Robertson says raising money for the Sick Kids Hospital in Edinburgh is her way of saying thank you to them for the life-saving treatment and care she received there during her childhood.

At birth Nikki, a Housing Officer with Berwickshire Housing Association, was diagnosed with a condition called Hydrocephalus which is a build-up of fluid on the brain. This excess fluid puts pressure on the brain which can damage it. Her illness resulted in regular and emergency trips to the hospital and many overnight stays whilst receiving treatment.

To thank the hospital Nikki decided to raise money for them by taking up the challenge of running the Edinburgh Half Marathon and the Great North Run. With the challenge completed she recently handed over a cheque for £1,630.56 to the Edinburgh Children’s Hospital Charity

“I would like to thank everyone who so kindly sponsored me and also the coaches and members of Tweed Striders. Running a half marathon is something I never thought I would ever be able to do.

It’s great to be able to give something back to the Sick Kids because if it wasn’t for the treatment and care I received from them there’s no doubt I wouldn’t be here today!”