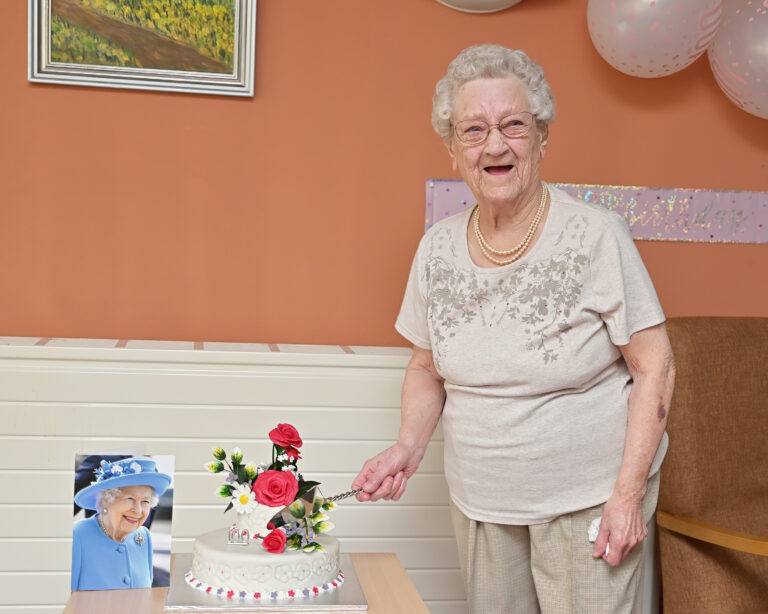 Centenarian, Mary Campbell, has a ‘strict’ schedule that she follows everyday

Born in Duke Street, Coldstream, in 1922, which also happened to be the year where the first technicolour film was released, Mary left school at the age of 14. She worked in a local bakery called Palmers before being called up to be stationed at Charterhall to support the Women’s Auxiliary Air Force as a cook during the Second World War. Following the war, Mary married in 1955 and continued to work well into her 80s and now enjoys living at Gowanlea, Coldstream.

The centenarian who has been a resident with BHA for four years shared; “I still keep myself busy by doing my housework and cooking myself a meal every day. In my time, I have seen so many changes some good and some not so good. But most of all, I have been lucky to have some wonderful friends during my lifetime.”

Mary received a telegram from Her Majesty The Queen and on Thursday, our Housing Support Officer Katie Gilchrist presented her with a bouquet of flowers.

Our new freephone number
Are you a BHA customer living in Deanhead, Eyemouth?